Dr Erna Haraldsdottir who is Head of Education at Strathcarron Hospice shares what happened:

"In 2010 I made a funding application to Creative Scotland to bring a non healthcare professional into the hospice where I am Head of Education. We hoped to find an alternative way of working with patients that would complement the medical and nursing model of delivering palliative care. That funding bid succeeded, and we welcomed Amy Hardie as a documentary film director into the hospice in 2011.

Last week I took parts of the resulting film-in-progress and evaluation studies to the Help the Hospices conference in Bournemouth – this is the UK's biggest forum to discuss palliative care issues within the hospice setting. I had no idea what to expect – this was the first time for me to present work through film in a professional health setting. The response was overwhelmingly positive as it became evident how taking part in making the film is enhancing patients’ vitality as they are facing death. We expect the film to be an important method to educate the public and challenge the current taboos around death and dying.

With my palliative care nursing background and no experience in the process of filmmaking it has been amazing to see the impact of documentary filming in the hospice. Through evaluating Amy’s work it has become evident that taking part in making the film has enabled patients to connect with their own stories and identity. Sharing this with the public, through the documentary film, is important to them as they want the public to understand that facing death and being close to death does not make them a different person. They are ‘normal’ human beings like the rest of us. Engaging with the film has made them feel more alive, they have had fun, and taking part in the filmmaking gives them meaning and purpose." 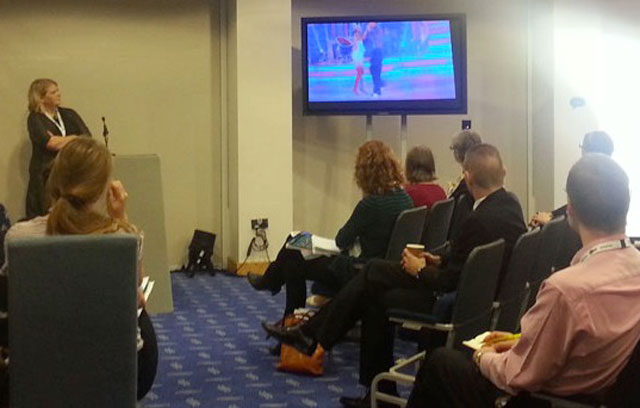