Emma: Amy, you are fascinated with death. In your press kit for THE EDGE OF DREAMING you speak about how it started with the death of your mother and then continued when you had to face the possibility of your own death, as portrayed in 'Dreaming'. In the process of making these films you have researched death extensively and are now developing a new documentary to be set in a hospice.

What motivates your fascination with death? Are there specific answers that you are looking for, and are these answers about dying or about living?

Amy: Bertold Brecht said we need, as individuals, to learn about dying. Montaigne wrote his essays (and coined the term, essay) as writings grappling with his own death. Our consciousness is enormous, and expands out of time. But it is housed in this frail, time-limited body. How we can we not wrestle with these paradoxes?

Did you learn anything new about living and dying, or living with the prospect of dying, through your engagement with the Maggie's Centre and the film TUESDAYS?

Amy: Life becomes more precious to me. I have begun to believe that our greatest attribute as human beings is our capacity for appreciation. The filming is evolving to act as a mirror to people at a very tender point in their lives. They connect powerfully to each other, to their families, to the world around them. I, and my camera,  am caught up and held in their connections.

Has working with the characters made you think differently about your own mortality (this being a subject you have obviously already given a lot of thought to)?

Amy: The matron at Strathcarron saw I was upset after someone died. She asked me how I was going to cope long term. Put on the spot, I said I was going to make sure I enjoyed my life. Every minute of it. I went out and bought a foal. His curiosity, energy and optimism (even after my old horse attacked him) brings me back to the moment.

During the film, one of your characters dies. Does making films with terminally ill people require a different strategy, both technically and personally?

Amy: Working on this one. So far, if someone dies I just hurt. I grieve. I love filming with people, and I get huge pleasure out of planning our time together. If they die I feel miserable and I want to give up.

Death is obviously a very personal process. In order to get your characters to open up to you, did you have to go on the journey with them? Does filming about death require you to be more fluid with the boundaries between observer and participant, or does that become too painful when your main subject is death?

Amy: This is a great question. This one will require more time to answer. I think my experience of looking at the summer as probably my last summer, the autumn as my last autumn, were my responses to a death sentence, and I see that each of us responds differently. But the depressions and intensifications that I also went through do share a sort of common language with other people who are coming face to face with their own mortality. I find the camera can act as a channel of communication that allows us to find a shared articulation, and screening back edited bits of film re-invigorates that process. 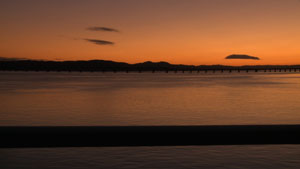 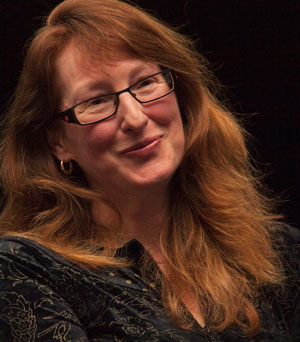