Amy has been filming at Strathcarron Hospice for 16 months now. As an intern at the Scottish Documentary Institute, I got the privilege to assist her in her work. As I am slowly discovering the way she works, I am also learning about this place, the patients, and their relationship to Amy’s film.

Amy seems to know every part of this labyrinthine place, full of stairs and doors. The patients and staff greet her with a great smile and some kind words every morning: she is not just a 'filmmaker in residence', as the sign on her tiny office’s door says; she is also part of this place now. "People like Amy have to read other people", says Ian, one of the patients. "She comes in here, she wants to film people, she’s got to look at those people and say okay, right, what can I do with that person?" With some time and dedication, Amy built what the patients here call a "two-way relationship": by showing them the footage and some edited sequences, she is able to get them involved in the whole process of filmmaking. 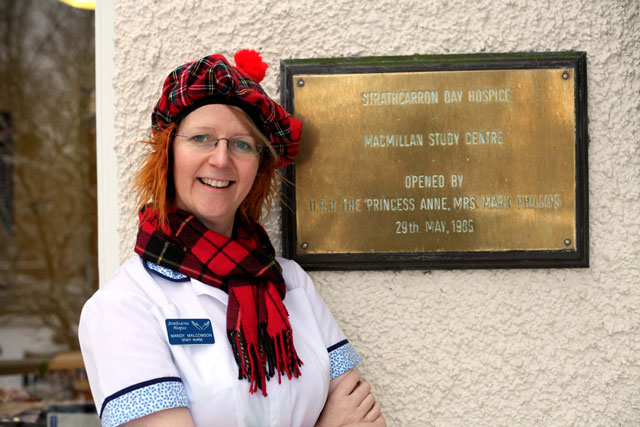 Strathcarron Hospice is a place where patients and staff always seem ready to sing and dance at the drop of a hat whether it's for Burns' Night or any other occasion.

As a result of this relationship-building, the film becomes a therapeutic tool – far beyond being merely a product. Evelyn, a member of the nursing staff, thinks that "it's grand because the patients are participating, it's very concise and they're able to think about what they want to say and it also enables them to say things that they've probably never even said in the rest of their life."

Patients themselves confess that being filmed is making them feel better. It is an opportunity for them to think about something else, to focus on something different, to be a part of this project and actually do something unusual. As Ian explains, "it makes you forget about how you are. Because when you concentrate on that, you don't think about what's wrong with you so much, so that's the good thing about it."

Strathcarron Hospice has become a big family behaving like a cinema crew. "It's good fun, I enjoy it. I'm saying, 'where's Amy today?'" says Dorene, laughing. Amy’s film seems to take the patients away from where they are, chasing the pain and the sadness away for some time. "Everyone always talks about it. They're always sitting talking about it and what's happening, or asking what you've been doing, or you're asking someone else what they've been doing, so it's an extra dimension to the hospice." 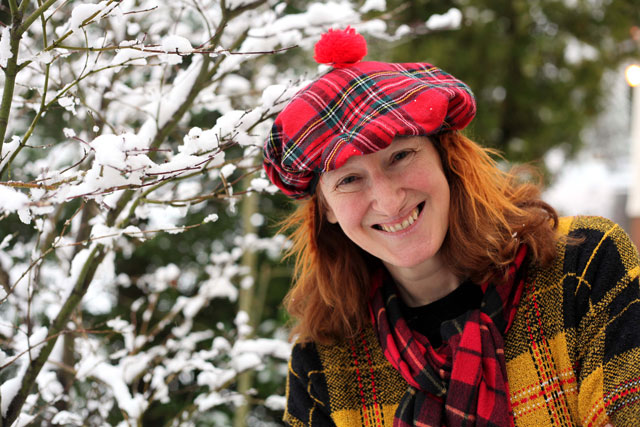 Filmmaker Amy Hardie (does not always wear this hat)